Years ago, Penn's lover was attacked in the woods, and most think Penn is to blame—including Penn. Ever since, he's been a prisoner in his home and his mind. When world renowned architect Ewan Parish arrives to construct a secure, enclosed walkway through those woods, Penn is surprised, suspicious, and also fearful.

Ewan finds himself intrigued by the mysterious, reclusive Penn, his journals, and the beautiful artwork he's drawn, which Ewan recreates in iron scrollwork. Determined to free Penn, Ewan sets out to unravel the mystery that has resulted in Penn's imprisonment by his family and conscience all these years…

When I discovered this book, I was quite intrigued by the premise. However, as I delved deeper into the story, I realized that the plot and family history were confusing, the vernacular extremely formal for my tastes and the relationship between Penn and Ewan rushed.

The development of Penn and Ewan's relationship made me uncomfortable at times because Ewan seemed a little too aggressive with his feelings and actions. Don't get me wrong, I do not think this is a dubious consent situation, but it all just seemed to be a little too much too soon. Penn seemed so innocent, and Ewan very experienced. The emotional and physical coercion by Ewan was overwhelming in my opinion, making it difficult for me to fully immerse myself in the story.

A copy of this book was provided by the publisher, via Netgalley, in exchange for an honest review.

Oliver is a single dad trying to do his best to raise his daughter. His ridiculously hot neighbor, Connor, has helped out by watching his daughter during an emergency, and since then his little girl is completely smitten with "Mr. Connor".

Connor can't help but admire his sweet and very sexy neighbor and agrees to babysit Sophie so Oliver doesn't have to cancel his date...even though Connor knows the man isn't at all good enough for his neighbor.

If you're in the mood for a story that is sweet, fluffy and will melt your heart, this is the one for you! Ovaries will explode as you watch just how great Connor is with children. lol This is a really quick read, and definitely worth a try!

I ❤ Yaoi: Little Mermaid in Love (Free! Doujinshi) by Dakuzoh

Greetings yaoi lovers! This week's feature is the Free! doujinshi Little Mermaid in Love by Dakuzoh.

Rin is a police officer who's had to give up his dream of Olympic swimming in the wake of his father's death and his family's worries that he'll also be "taken away by the sea". When a strange man washing up on the beach with no memories and no voice, Rin is reminded of things he'd rather forget.

This is a really sweet, heartwarming story that will bring a very big smile to your face! I loved the relationship between Rin and Haru, and the ending just may bring a tear to your eye! It's a truly beautiful piece! 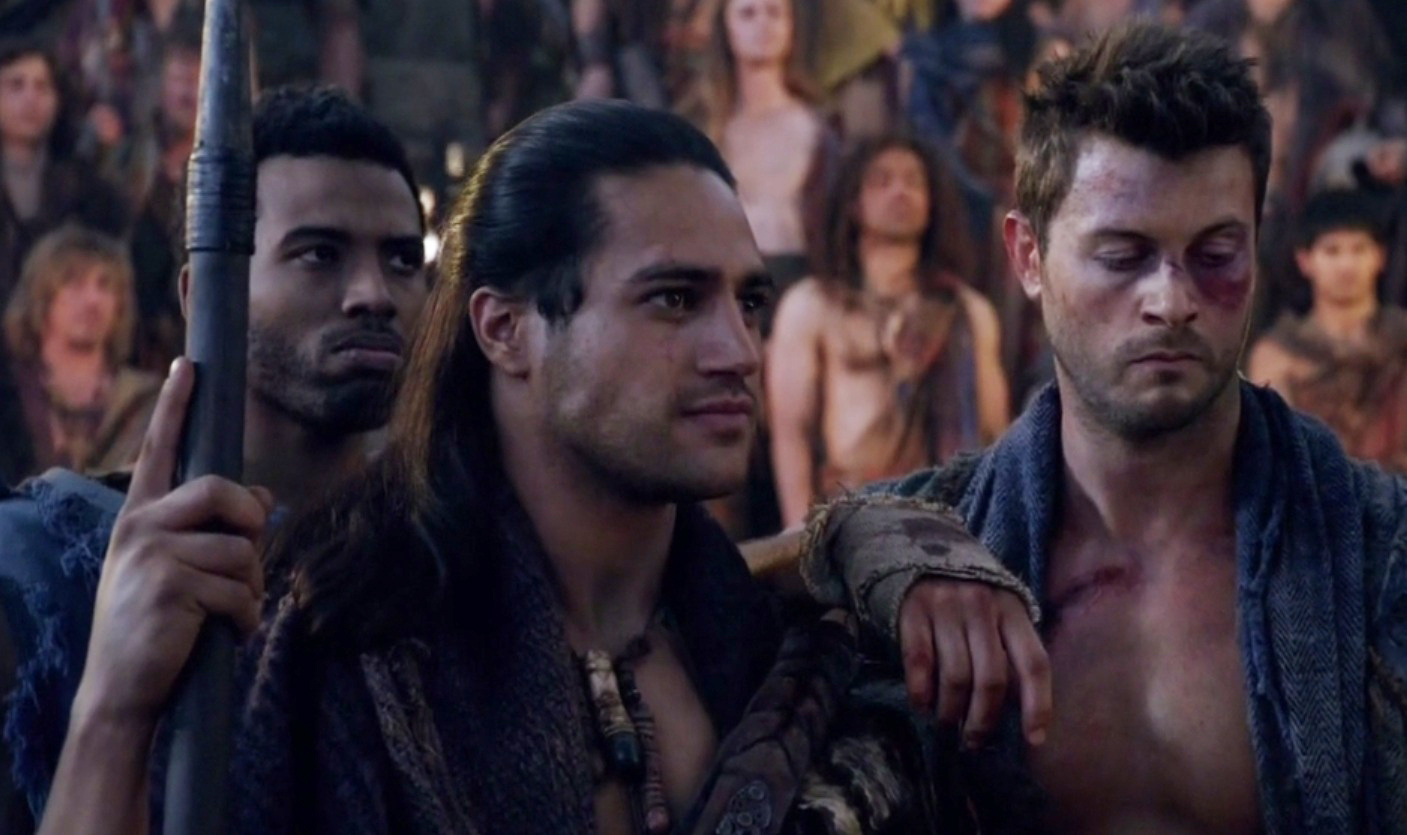 A gladiator is used to feeling pain. It comes with the territory. However, the pain Agron feels in his body and heart after nearly dying on the cross is sometimes more than he can bear.

This is a lovely one-shot that powerfully portrays that extent of Agron's physical and mental anguish after being reunited with Nasir. My heart broke for him, but there is also a small ray of hope that everything will be okay in long the run. 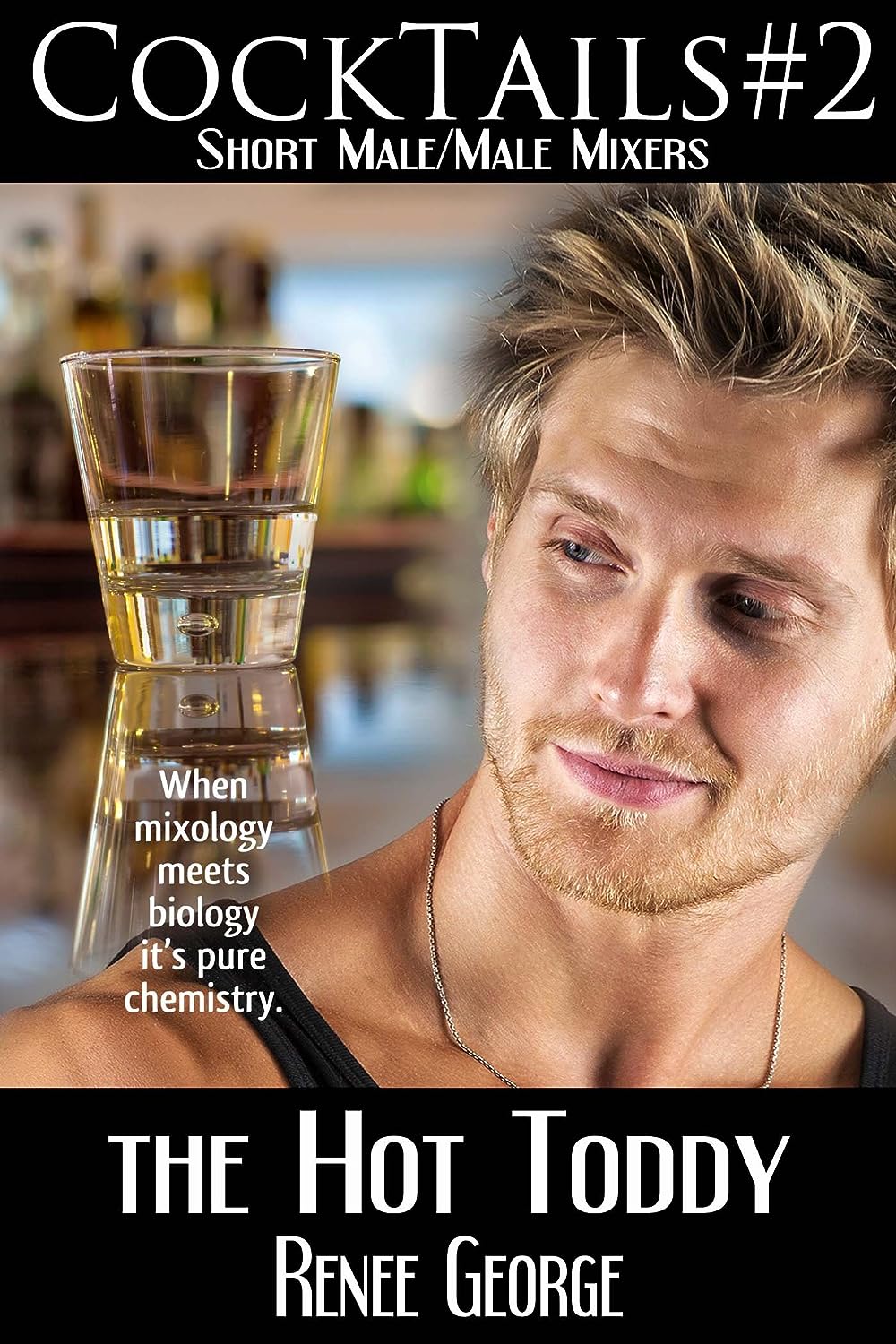 Tucker and Todd have been best friends since they met as children in a foster home. They always stood by each other through thick and thin, but now that they're adults, each harbors secret feelings for the other.

Short, sweet and to the point, this novella has a good mixture of angst/drama, romance/fluff and steam. Tucker is the ultimate sweetheart who is hopelessly in love with this best friend. Todd, on the other hand, is more of a player, but still hides his deep feelings for Tucker deep down inside.

Occasionally I felt as if I was being told rather than shown what was happening in the story, and the short chapters broke up the flow. Overall, this was a nice, quick read that will ultimately put a smile on your face. Over many lifetimes, Haru has fallen in love with and lost Rin. It's the same cycle over and over again, but no matter how painful the process is, he can't seem to let go of this love of his life.

Wow! I was blown away by this story, and it's still in its early stages. I love the rapport Haru and Rin share and I can't wait to read more! Check it out!

I ❤ Yaoi: Just a Little More by Shiine (Free! Doujinshi)

Hello yaoi lovers! This week's feature is Just a Little More by Shiine.

Both Haru and Makoto are harboring strong feelings for one another, but they're each afraid to actually take that next step. Haru desperately wants Makoto to see him as more than just a friend. Makoto desperately wants to keep things the way they are and not risk ruining the friendship, even though his feelings for his best friend have grown over the years.

This dj is so sweet! It's fun to watch Makoto and Haru try to navigate their feelings for one another. I do wish, however, that there was a sequel so readers could see if Makoto and Haru finally take the plunge and confess!

Inspired Tactic Worthy of Spartacus Himself by Cheryl1964

Inspired Tactic Worthy of Spartacus Himself by Cheryl1964

Years after the final battle, rumors of Caesar's arrival in the Lands East of the Rhine has put Agron and Nasir on edge. Much to Nasir's chagrin, Agron plans on breaking words with the man who nearly took his life so long ago.

We all know what eventually happens to Julius Caesar in the Senate, but it was very satisfying to read this story in which Agron finally gets to confront the man who took joy in his crucifixtion and near death. I don't want to give too much away, so I highly recommend you give this story a try! 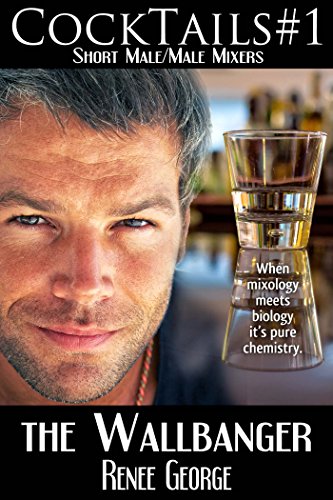 On his 45th birthday, Harvey Grace finds himself in a sports bar waiting for a blind date to arrive. He desperately wants to settle down and love one man, but many of the men he meets are too young and too emotionally immature. While waiting, Harvey strikes up a conversation with the bartender and sparks fly. Will Harvey take a chance on the bartender or keep his potentially disastrous blind date?

I was pleasantly surprised by this short story. The author effectively made me care for Harvey and root for his success in love. Given the short length of the story, I don't want to give too much away, but I definitely recommend this sweet novella that will give you the warm and fuzzies. In an attempt to get his boyfriend to go on a run with him, Connor finds himself in the midst of jealousy, secrets and pain. Oliver has been hiding something very important from him and a chance encounter brings everything to light. Will Connor and Oliver be able to make it through this bump in their relationship?

Wow! I originally thought this story was going to go one way and it did a complete 180 and went in the opposite direction. The story pulled me in right away and I was pleasantly surprised by how engrossed I was in the characters and the storyline. There are some typos and misuse of words that can become distracting, but all in all, this a great story that you should give a try. Makoto loves Haru....so much that he's willing to do anything to keep him by his side.

Yandere Makoto is such a interesting character depiction. We're all so used to Makoto being sweet and nurturing, so seeing him slightly unhinged and possessive is a refreshing change from the norm. Give this one a try!

A Modern Love Story: To the Gym by sa_brina86

A Modern Love Story: To the Gym by sa_brina86

Naevia convinces Nasir that going to the gym will be great to meet new people...and maybe even a boyfriend. It worked for her. Nasir is sure he will like nothing about this new gym until he encounters a giant of a man...

The gym might not be so bad after all.

This is a really sweet one-shot that's part of sa_brina86's Nagron compliation, A Modern Love Story. Give it a try! I know you'll enjoy it! Slashsessed will be taking the week off since I will be on vacation (I wish I could hang out on that boat with Dan and Pana. lol), but I will be back next week with great slash, yaoi and m/m romance reviews!

Have a great week!

Philip Jorgensen tried his best to live the life that others wanted him to live. He married, had children and played the straight role. However, one day he just couldn't live a lie any longer. His wife was crushed, but agreed to a divorce. When her suspicions about Philip's sexuality were confirmed, she packed up their two kids and disappeared. For six years Philip has been doing everything in his power to find his precious children, forgoing any sort of personal pleasures (like relationships). When Vance Pierce comes into his life, Philip doesn't know how he was ever lucky enough to find such a great man. His life would be complete if he could only find his children.

I really enjoyed this book. From the synopsis, one would think it would be filled with angst and dark moments. Don't get me wrong, there is angst, but it's not as heavy as I originally expected. The development of Philip and Vance's relationship was delightful to watch. The secondary characters, which consist of Philip's twin brother, Robert, his sister-in-law, Marissa, and niece and nephew were all very likeable and interesting.

My only complaint about this book was the constant use of the questions "You okay," and "Are you okay," throughout the book, especially the second half. I completely understand why these sentences were used, but it seemed like the questions showed up on just about every page and in every conversation.

All in all, this was a great story about a man finding his way in life.

A copy of this book was provided by the publisher in exchange for an honest review.

I'm Fine (But I'm Not Really) by GaHoolianGirl

I'm Fine (But I'm Not Really) by GaHoolianGirl

Rin returns from weeks of training to find his boyfriend depressed and alone. Will Rin be able to convince Sousuke to open up and reveal his feelings self-loathing and nothingness?

This is a short one-shot, but it packs quite an emotional punch. My heart broke for Sousuke, but it was lovely to see the often hot-headed Rin show a softer, nurturing side to the man he loves. If you're in the mood for some SouRin angst, this is the story for you!