A Not So Mundane Life For Asmodeus and Magnus by Monmonmoiru 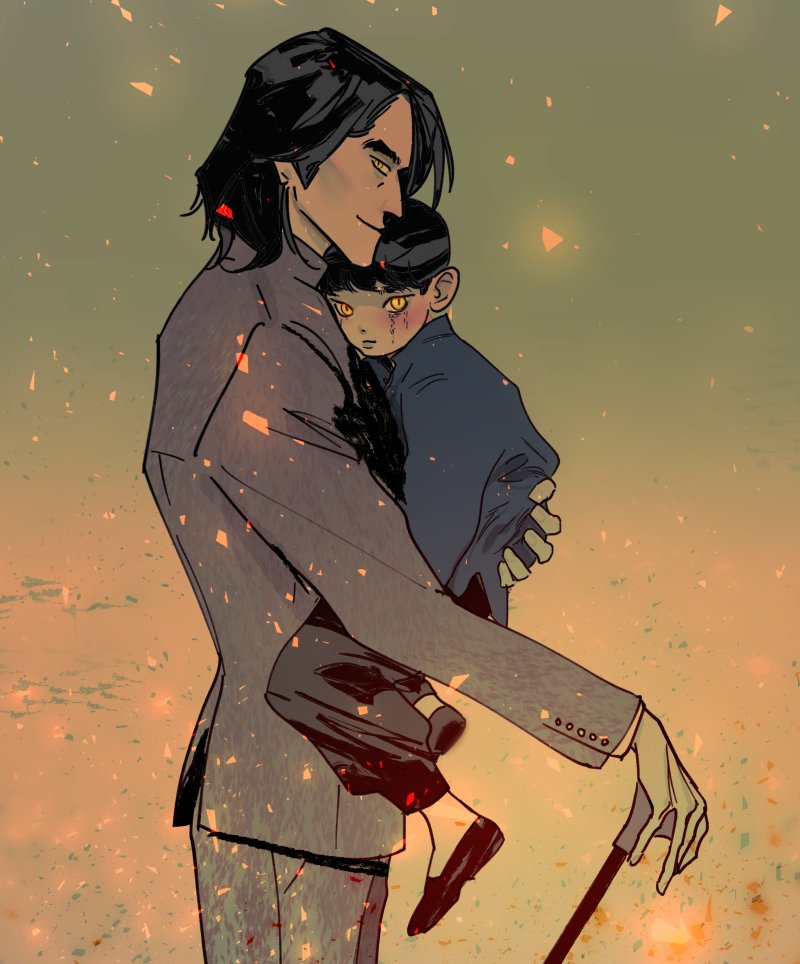 A Not So Mundane Life For Asmodeus and Magnus by Monmonmoiru

Asmodeus loves his son; he has since the day he saved him from a very tragic fate. However, Edom is no place to raise a child, so Asmodeus decides that he and Magnus will blend in with the mundane world so Magnus can have a real childhood. What happens when the Shadow World starts to reveal itself and Magnus finds out that his father is not the mild-mannered man he's always known, but a High Warlock AND Prince of Hell!?!?

This is such a charming and delightful story. I loved how much Asmodeus loved his son, and their interactions as Magnus grew up were a joy to watch. Be sure to pay close attention to when a certain tall, dark and handsome Shadowhunter enters their lives. Please give this wonderful, quick read a try! You won't be disappointed.

Blurb
Can one drunken night in Vegas and a pair of wedding rings lead to a happily ever after?

Love has never been a good bet for Chris, so going on a Vegas wedding trip for his friends is bittersweet. Especially when Ant, the last man to break his trust, is suddenly along for the ride. Which explains why Chris wakes up in his hotel room with the mother of all hangovers. Not so much why Ant is in his bed ... or worse, wearing a matching wedding band.

Ant invited himself on a Vegas trip, gambling on a second chance with the man who got away. He never dreamt he'd be the one with a wedding ring on his finger, but if their predicament gets Chris talking to him again, he'll make the most of it.

Between keeping their secret from friends and trying to figure out what really happened that first crazy night in Vegas, passions ignite. If they can hold on to their fresh start, maybe the Vegas motto doesn't have to hold true: What happens in Vegas doesn't have to stay there. 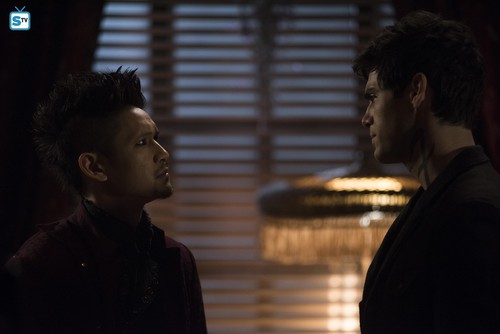 Alec is healed, Jace is safe and Lilith has been defeated. All seems right in the world except for the fact that Magnus has lost an integral part of himself and no one seems to understand the gravity of the situation. It's difficult not to let anger, resentment and apathy seep into his psyche, but while everyone else can go on with their seemingly normal lives, Magnus is left to figure it out. Alec tries to help, but he's still too preoccupied with his parabatai and, frankly, Magnus doesn't need or want his pity. How will Magnus survive in a world he feels left him behind?

All I can say is WOW! This is, hands down, one of the best stories of the year, and it's still in its beginning stages. Lacheses describes the storm of emotions swirling through Magnus' head with stunning clarity and depth. This is not for the faint of heart or those who do not like angst. It's painful. You will want to reach through your screen, wrap Magnus up in your arms and take him away so that he is always safe and loved. I don't believe this story will be nothing but angst, but it's lovely to see Magnus express his true frustration and anger for a change. He's always so composed, but in this story you will see him run the gamut of emotions as he deals with his new way of life. I highly recommend this story!

Shoes & Ties
This is a pleasant opposites attract story. It's relatively uncomplicated and a very easy read. I really liked Ashten and his family, but it took a while to warm up to Trent. He seemed a little over-the-top with his judgments, but some of the reasoning behind that is eventually revealed. If you're in the mood for a sweet story with little angst, this is the book for you!

Lumber & Law
In this sequel to Shoes & Ties, we now focus on Ashten's twin brother, Jesse. I really liked Jesse and thought he was a fun character. I felt a little bad for him because everyone seemed to think that he didn't take anything seriously, but I saw him as a successful architect who was excellent at his job, handled the family business very well and was motivated and committed to running marathons on a regular basis. Sure, he sometimes spoke before he thought and cracked jokes, but I didn't see the "class clown" image other characters described. Much like the last book, Troy took a while to warm up to, and his insistence in staying the closet didn't exactly make me like him any faster. However, he and Jesse did have a sweet relationship that was interesting to see develop.

Forever & Always
This final sequel consists of a true moment in time, maybe a few days. In this short story, I was very surprised by Ashten's attitude. He was so understanding and patient in Shoes & Ties, but in Lumber & Law his judgemental attitude seemed to sprout, and I was actually alarmed by some of the things he said and the way he reacted to situations in this book. It's as if he and Trent switched places: Trent was much more patient and accepting while Ashten became judgemental and acerbic.

All in all, I enjoyed getting to know the characters in this series. In terms of the writing, the books flowed very well and kept a good pace throughout. 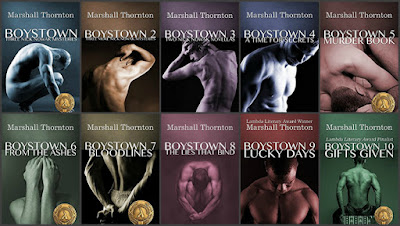 All available to borrow on Kindle Unlimited.

The Lambda Award-winning Boystown Mysteries detail the cases of former police officer-turned-private investigator Nick Nowak. Set in Chicago and covering the period between 1981 and 1984, the ten books follow Nick as he struggles with memories of his abrupt departure from the CPD and the end of his long-term relationship with librarian Daniel Laverty. He moves through a series of casual tricks until he meets homicide detective Bert Harker with whom he begins a tentative relationship.

As cynical and difficult as the city he calls home, Nick doggedly pursues his cases and often solves them out of sheer stubbornness. He relies on help from a charming cast of characters, who provide clues and comfort in equal measure. Beyond the mobsters and murderers, Nick encounters a larger villain looming on the horizon. A villain who begins striking down Nick’s friends and lovers, bringing the freewheeling fun of the early eighties to an end. 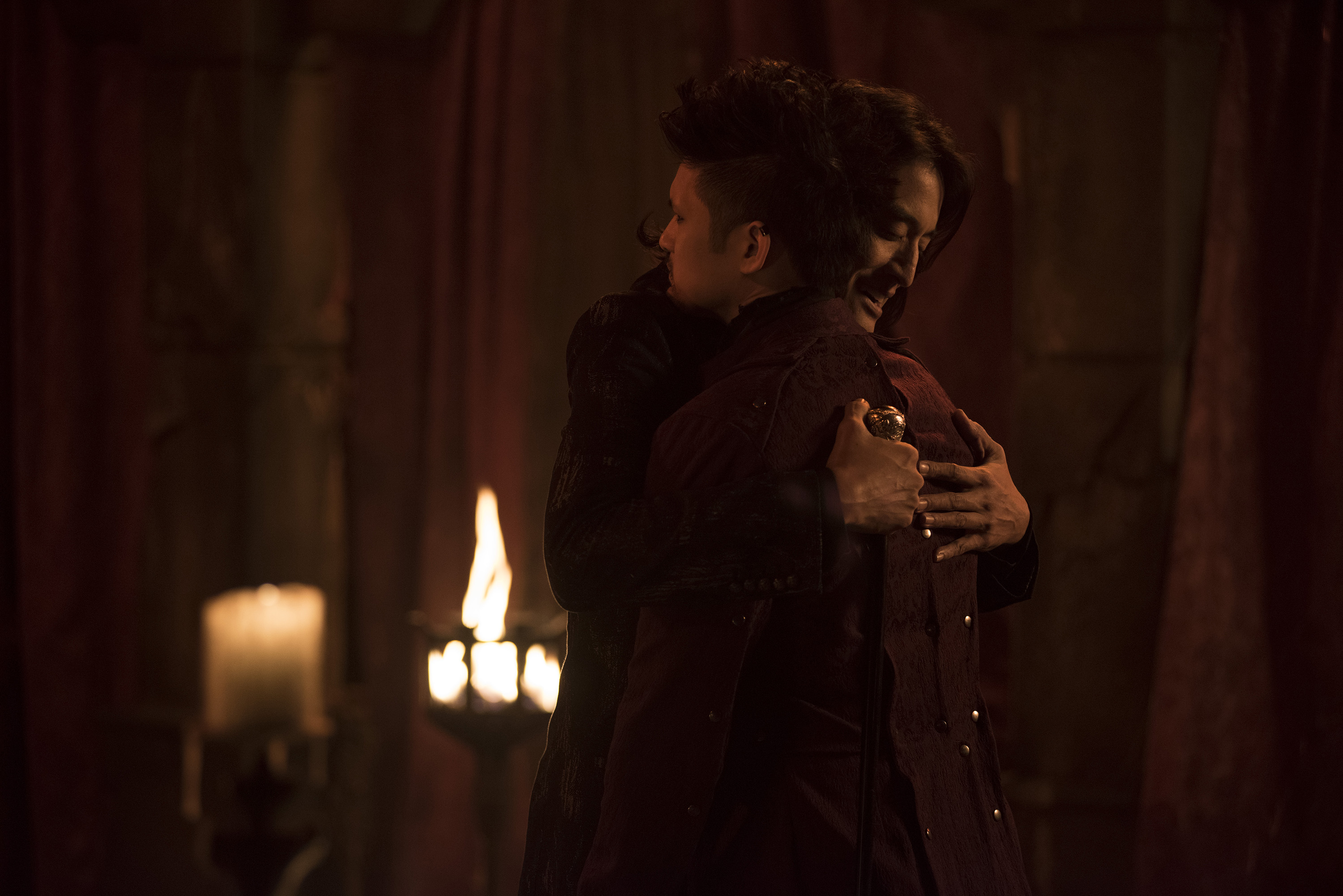 Asmodeus and Magnus have obviously never had the best relationship. However, when Asmodeus comes back into his son's life after taking away his magic, Magnus must come to terms with the notion that the Prince of Hell might actually want to try to be a real father to him. Alec is torn between wanting the pummel the greater demon for hurting the man he loves in ways he couldn't imagine, and reluctantly accepting him into their lives.

I don't know about all of you, but I absolutely loved Asmodeus' introduction on the show and look forward to seeing more of his interactions with Magnus in the second half of season three. Jack Yang's performance was both enticing, yet chilling. Because of that, I really enjoyed this story. I don't want to give too much away, but it's just plain good. Magnus and Alec are wonderful, as always, and Asmodeus will surprise you. It's definitely a story worth reading!