Time for some rest and relaxation! This week I'm on vacation and will return to posting more slash, yaoi & m/m romance reviews next week! Take care!

A collection of poems composed by over fifty authors

in aid of the victims and survivors of the Orlando Pulse Attack.

On June 12, 2016, the most horrendous mass shooting in US history and an unfathomable act of hate was directed at the LGBT community in Orlando. The horror of this tragedy reverberated around the world, leaving millions shocked and appalled at the senseless violence that destroyed so many innocent lives. In a display of solidarity with the victims and survivors of the Pulse nightclub shooting, a group of LGBTQ+ and straight allies, from all across the globe, came together to produce a collection of poems in celebration of love and acceptance. The resulting Love is Love Poetry Anthology is dedicated to the families and victims of the shooting and all proceeds of this work will be donated to Equality Florida’s Pulse Victims Fund.

In this small way, the authors, along with the readers who purchase this work, seek to contribute to the lives of those who still suffer from the consequences of the malice directed toward them, and offer some positivity and compassion in the face of such bigotry.

Néstor Awada wants to be a servant no longer.

Both yearn to find the man with whom they could fall in love.
Each doubts their dream will come true.

When word reaches Amory that his father is mistreating a new servant, he goes to save him.

Prince and servant try to fight their growing feelings for each other to no avail.

But is their love strong enough to breach the chasm forced on them by society?

When I first read the premise of this story, I was intrigued. The story itself is interesting and engaging, but I had issues with the author's writing style. It seemed sterile and lacked feeling at times, and there were numerous short sentences that gave a staccato feel to the flow. I enjoyed all of the main characters, but wished I could have learned more about them. Readers received short spurts of exposition, but I was always left wanting more. While Amory and Néstor were the focus of the story, I yearned to know more about Covyll, Amory's right-hand man, confidant and occasional friend with benefits. The abrupt ending made me wonder if this is the first book in a series and created a lot of questions regarding the fate of the characters. I hope this does turn out to be a series because I would love to read more about Covyll and his potential love interest. 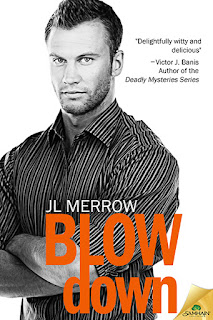 Death is what happens when you're making other plans.

The last thing newly engaged plumber Tom Paretski needs is to stumble over another dead body.  He's got enough on his mind already as the reality of his impending marriage sinks in. Not only is his family situation complicated, his heroism at a pub fire made him a local celebrity.  Now everyone and their uncle wants a piece of his psychic talents.  Hired to find a missing necklace, Tom and his fiance, private investigator Phil Morrison, wind up trying to unmask a killer - and there's no shortage of suspects, up to and including the local bishop himself.  As Tom and Phil try to uncover the truth, they find themselves pulled in all different directions by the conflicting pressures of their families and their own desires.  But the murderer they're up against is a ruthless schemer who won't hesitate to kill again.  If Tom and Phil aren't careful, their love - and all their plans for the future - could be blown down like a house of straw.

JL Merrow is that rare beast, and English person who refuses to drink tea.  She read Natural Sciences at Cambridge, where she learned many things, chief amongst which was that she never wanted to see the inside of a lab ever again. Her one regret is that she never mastered the ability of punting one-handed whilst holding a glass of champagne.

She writes across genres, with a preference for contemporary gay romance and and mysteries, and is frequently accused of humour. Her novel Slam! won the 2013 Rainbow Award for Best LGBT Romantic Comedy and her novella Muscling Through and novel Relief Valve were both EPIC Awards Finalists.

JL Merrow is a member of the Romantic Novelists' Association, International Thriller Writers, Verulam Writers' Circle and the UK GLBTQ Fiction Meet organising team.  Find JL Merrow online at www.jlmerrow.com, on Twitter as @jlmerrow, and on Facebook at www.facebook.com/jl.merrow
Posted by mw138 at 7/13/2016 09:00:00 AM No comments:

While unpacking their belongings in their new house together, Makoto struggles to keep Haru focused and out of the bathtub.

This is a pure fluff and I liked every moment! Poor long-suffering Makoto can barely go a few minutes without having to stop his boyfriend from finding the nearest body of water and jumping in. It becomes a game between the two men, but they probably wouldn't have it any other way. ;)

When something seems too good to be true, it usually is. Or is it?

Alex is tired. Tired of being bullied, ignored, and tired of his dysfunctional parents. He cleans out his locker, so no one else has to do it for him once he’s gone. When his books are knocked out of his hands, however, it sets off a motion of events that makes him feel more alive than he ever has before.

Andreas is the best friend of one of Alex’s bullies, but he’s nothing like his friend. Andreas is kind and compassionate and charming—and he doesn’t seem to mind all of Alex’s scars. When it turns out Andreas is also bisexual, and interested in Alex, it all seems too good to be true.

After reading the book summary, one would think this book is probably filled with nonstop pain and sadness, but it's actually a book about changing your life and having a hope. Don't get me wrong, there is plenty of angst, but there are also a lot of lighthearted and heartwarming moments that balance out the heavy subject matter.

I liked the main characters as well as the secondary characters. They were fleshed out and complex, and made me want to know more about them. I look forward to reading the sequel Louder Than Words and seeing how Alex and Andreas continue to build their lives together.

THE PINKERTON MAN
Stiles Langberry leaves England under the dark cloud of blackmail.

He resettles in America with a new name, becoming a Pinkerton Agent.

His new employer sends him undercover to a brothel that serves homosexual men, where prostitutes are being murdered. In the course of his investigation, he becomes involved with Paul, one of the prostitutes. Complicating matters, one of the suspects draws Stiles like no man before him. Stiles knows he must stop the killer before he strikes again.

HOME ON THE RANGE

Pinkerton Agent Stiles Long is sent to the Circle W Ranch to uncover who is killing the ranch’s cattle. In order to discover the truth about the goings on at the ranch, Stiles has to prove to the ranchers he’s more than a good-looking city slicker.

Savage Beare, the head ranch foreman, is far from happy that Stiles is there to check things out. He has secrets of his own.

Stiles finds Savage incredibly good-looking, but cold and aloof.
He’s also a suspect. One of many.

Stiles doesn’t trust anyone and he needs to find Lizzie before it’s too late.

Introductions and Nerves by KillianJones32 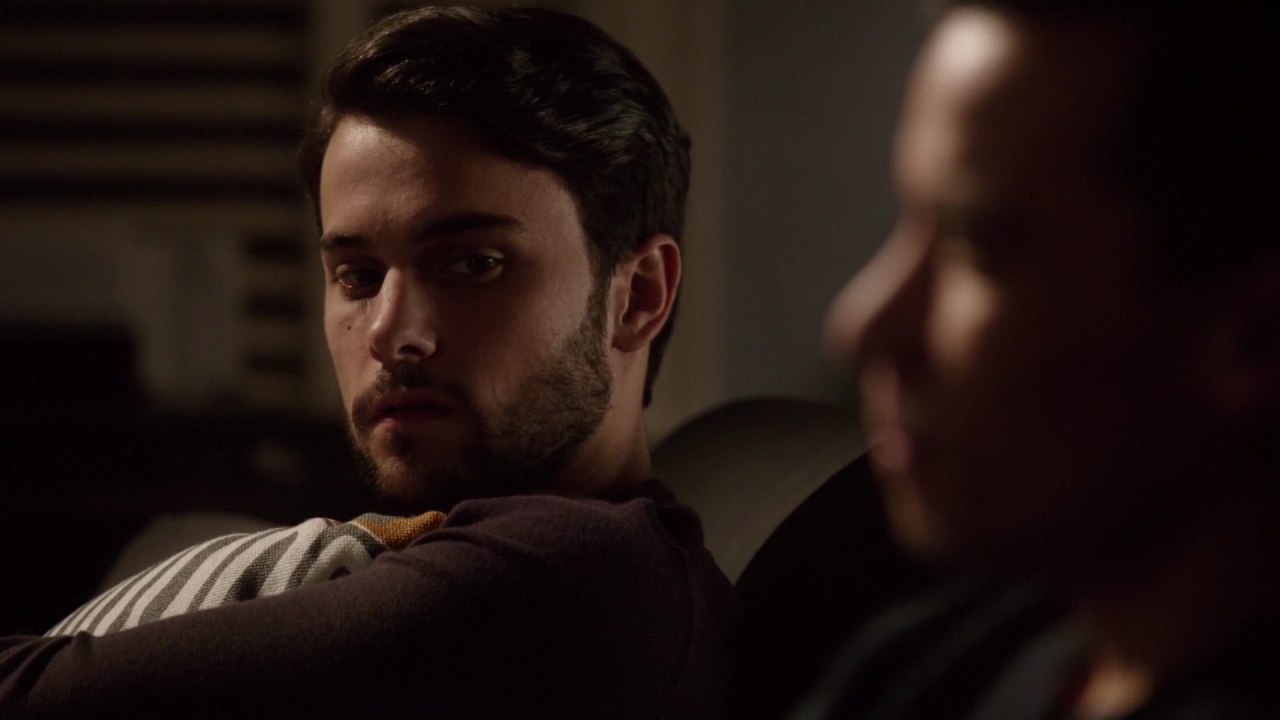 Introductions and Nerves by KillianJones32

After the successful introduction between Oliver and Connor's friends, Connor wonders why he hasn't met Oliver's.

Short and sweet is the best way to describe this one shot. I liked that the author portrayed Connor's insecurities and fears when it comes to his rekindled relationship with Oliver. Even though he's the guy who always said he didn't do relationships, Oliver has managed to break down that wall and now Connors wants everything that a relationship entails...including meeting friends. Check out this sweet story! You won't be disappointed.

Email ThisBlogThis!Share to TwitterShare to FacebookShare to Pinterest
Labels: Connor/Oliver, Fanfic Reviews, How to Get Away with Murder
Newer Posts Older Posts Home
Subscribe to: Posts (Atom)