Heart and Soul by Me and Mrs Jones 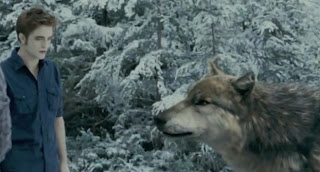 Heart and Soul by Me and Mrs Jones

After watching his entire family killed and having a vampire child placed in his care, Edward and Alice live a life a solitude. Vampire children are not permitted in their world and if the Volturi find out, both of them would most likely be destroyed. With the help of Jasper, Edward keeps a careful eye on the little vampire, but something has to give. She can't remain locked away from the world for all eternity and she needs to come in contact with humans to build up a tolerance.

Edward decides to seek refuge in Forks amongst the Quileute tribe, knowing that if the Volturi show up, they may have a fighting chance. Obviously the pack is apprehensive, but Jacob makes it clear that only Edward, Jasper and Alice may stay in the area. In the midst of this meeting between enemies, Jacob's beta, Seth, imprints on Edward. Neither knows what to make of the connection, but realize  they have to be around each other. Will the pack be able to keep little Alice safe and will Edward and Seth, natural enemies, be able to overcome their differences and be together?

Even though the story is still in its early stages (at the time of this post), Me and Mrs Jones has packed the chapters with a wealth of exposition and plot. Heart and Soul looks like it's going to be a story filled with tension, twists and turns and the development of a sweet romance. I can't wait! :)

It's Not Babysitting by anxioussquirrel It's Not Babysitting by anxioussquirrel

Kurt, Cooper and Sebastian are a close-knit circle of friends living their lives in fabulous New York City. When Cooper's teenaged brother, Blaine, comes to visit for the summer due to issues at home, all hell breaks loose...at least for Kurt. He's immediately attracted to the adorable guy, but refuses to pursue anything because he's Cooper's little brother and he's ten years younger. Will Kurt and Blaine be able to put their fears and insecurities aside for potential happiness?

This has to be one of the best fanfic stories I've read, period. All of the characters are well-developed and seem to jump off the page with their varying personalities. Even though the main focus of the story is Kurt's relationship with Blaine, there are other subplots that are just as interesting, but don't take away from what everyone was to see: Kurt and Blaine happy and in love.

I also appreciated that Kurt and Blaine's relationship isn't perfect. They both have their issues and must work on them in order to be good partners for each other. I definitely recommend this lovely story to any and everyone! :) On his first day at a new school, Nasir, gets into a fight. Even though his opponent could easily hurt him severely, Nasir refuses to back down. When the fight is broken up and he finds himself restrained by Agron, Nasir doesn't know whether to punch him or melt into his arms. Drawn to passionate and spirited new guy, Agron is determined to get to know him better. They grow closer as friends as Agron shows Nasir the ropes of the school and various social circles. Inevitably, as Agron and Nasir's bond strengthens, so do their feelings for one another.

This one-shot is absolutely adorable! It's mostly sweet fluff about two high school guys growing up and falling in love. You will definitely get the warm and fuzzies from this one! So We Both Get Stuck (and We Both Get Free) is one of many stories submitted for the Spartacus Reverse Big Bang event, so definitely check out this story as well as the others!

Wish Upon a Star by Hank's Lady

Wish Upon a Star by Hank's Lady

Edward is painfully shy and often keeps to himself, existing behind the closed door of his bedroom. He wishes that things could be different, but more importantly he wishes that he could find a guy to truly love him. Unfortunately, Edward doesn't really have many friends, and this worries his parents greatly. In an effort to try to bring Edward out of his shell, Carlisle and Esme decide a family vacation to a ranch in Texas would help. At first Edward isn't too keen on the idea, but he eventually relents. Just when he thinks the next three weeks of his life are going to be filled with awkwardness and embarrassment, Jasper Whitlock, whose family owns the ranch, strolls into his life. Will Jasper finally bring Edward out of his shell and possibly be his wish come true?

As always, Hank's Lady blesses us with a great storyline and wonderful characters. Usually writing Edward/Jacob pairings, Hank's Lady branched out and decided to try Edward/Jasper, and I think she's doing a pretty good job so far. Much like her other stories, I find myself eagerly anticipating the next chapter, and I can't wait to see how Edward changes over his three-week stay on the ranch. Give this cute story a try. You won't be disappointed!

Blaine has been doing some really strange things lately, but the worst of all was cheating on his boyfriend, Kurt, and ruining their seemingly perfect relationship. Headaches, black outs and fainting spells put Blaine in the hospital with doctors trying to determine the cause. However, when the worst possible prognosis is discovered, will Kurt be able to push through the hurt, anger and resentment and support his ex at such a scary time?

This is one of my first forays into this fandom and I have to say that I'm quite pleasantly surprised by this story. It's very tense, emotional, sad and angst-ridden, but I couldn't stop reading. It will be interesting to see the former couple's dynamic as Blaine not only deals with his mortality, but also the guilt associated with hurting the love of his life. I would highly recommend reading this great story!

p.s. The author assures readers that there will be no character death. :)

The ranch that Agron and his brother, Duro, run has been in financial decline after a tornado destroyed equipment and livestock. On top of that, their parents were tragically killed in a car accident, leaving the brothers to handle putting the ranch back on its feet and deal with their grief. When the ranch partners with the local prison to provide free labor, Agron jumps at the opportunity, hoping to keep the family business afloat.

Still in its beginning stages, I look forward to seeing how Agron and Nasir's relationship progresses. I have a feeling we're all in for a real treat!

Emmett and Edward grew up together and have been best friends for as long as they can remember. Virtually part of the Cullen family, Emmett has a great relationship with Edward's siblings and parents. He returns to Forks in order to help Edward prepare for his upcoming wedding. Since they've always been close, casual smiles and touches are the norm. However, something seems different and Emmett soon finds himself wanting to be the person Edward calls "baby". He especially wants to be the person standing in front of him at the altar. Will Emmett muster up enough courage to tell Edward how he really feels or will his heart be forever shattered when Edward says "I do" to someone else?

I really enjoyed this story! It's sweet, angsty and funny. The rapport between Emmett and the entire Cullen family is really quite lovely and I know you'll find yourself hoping that both he and Edward see the light. I don't want to give anything away, so you'll just have to read this delightful story to find out what ultimately happens. :)

Not Broken, Just Bent by Gaia_bing

Not Broken, Just Bent by Gaia_bing

Agron and Nasir find themselves sitting across from each other as their lawyers hash out who acquires what property in their divorce. Neither man thought he'd ever end up in this situation, but jealousy, resentment and a grievous mistake tore them apart. Will Agron and Nasir be able to salvage what's left of their tattered relationship or walk their separate ways and out of each other's lives?

This story is awesome! It is wrought with emotion that will tug at your heartstrings and make you hope, wish and pray that this couple somehow puts their differences aside and remembers why they fell in love in the first place. Gaia_bing does an incredible job bringing Agron and Nasir to life, and you will feel every emotion vividly. Please check out this beautiful tale! 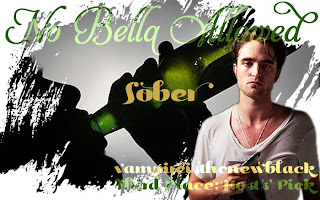 Edward's life is a mess of drinking, hangovers, degrading women and treating those who love him badly. His downward spiral is hurting those around him, especially his best friend, Jasper. Will Jasper be able to convince Edward to turn his life around or will he have to cut ties with one of the most important people in life?

Emotional, angsty and well-written, Sober is one of those stories that you have to read in one sitting. I was drawn into the characters' lives and wondered if Edward would realize his serious problem with alcohol. Jasper is awesome as Edward's best friend who tries everything in his power to show him love, support and a little tough love.

Set in the 1960s, two young men, Agron and Nathan, who are opposites in many ways, become fast friends. Agron is immediately enamored with the small, but strong Nathan, formally Nasir, who was adopted by a loving family when he was orphaned at a young age. As the two boys grow closer, each of them experiences new and exciting feelings for one another. However, the time they live in is not exactly tolerant of same-sex couples, so they must keep their relationship secret. One thing always remain constant in their lives: Agron and Nathan/Nasir will do whatever necessary to protect and love one another.

When I first discovered this story I was a little apprehensive since it's set in the 1960s. I mistakingly thought that it would be filled with narrow-minded people spewing hatred and judging this lovely couple. However, I was pleasantly surprised. The story is far from over, so there most likely will be plenty of angst in the future, but as of right now, readers are treated to watching Agron and Nathan's relationship blossom and shine. I highly recommend this beautiful and refreshing love story.

Doc McCarty and the Big, Purple Cat Toy by Discordia81

Doc McCarty and the Big, Purple Cat Toy by Discordia81

This story is adorable! It's filled with embarrassing, awkward, funny and sweet moments that any fan of slash would enjoy. Emmett and Edward are both sweet and likeable characters, and I especially enjoyed Edward's geeky and shy personality. Definitely check out this fun and romantic story!