Book Review: Save the Date by Reegan Ellis 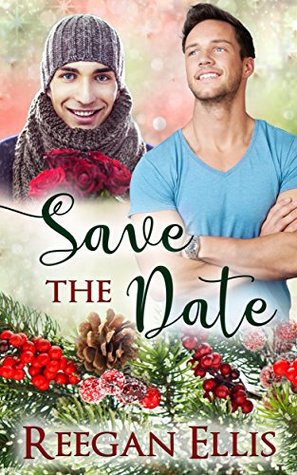 Noah loves his job as a firefighter, so he decides to participate in an annual charity auction in which people bid for a date. Although he's firmly in the closet, Noah figures that one evening can't hurt...even if it has to be with a woman.

Cary receives a surprise of a lifetime when his close friend wins a charity auction and gives him the date with a hot fireman. At first he's worried because macho guys like that don't typically feel comfortable around more flamboyant men like him. However, Cary is completely surprised by how sweet, gracious and kind Noah turns out to be. Will good conversation, awesome chemistry and an incredible man convince Noah to come out of the closet?

I thought this was a pretty cute story! All of the characters, with the exception of one, are very likable and I liked the progression of the Noah and Cary's relationship. Some might call his insta-love, and it is, but sometimes you're in the mood for that type of read. The storyline did follow some pretty common tropes, so I predicted quite a few things that eventually happened down the road. However, I liked the characters so much that I overlooked that. There are editing issues early on in the book. In one chapter, Noah is called Liam for absolutely no reason, and I noticed typos that should have been caught by an editor.

I do wish that readers could have learned a little more about Noah's background and his family. We only heard about them in passing, and a full chapter about them may have fleshed out his character a little more.

Loving Both You and Him by RamenKitsune Loving Both You and Him by RamenKitsune

Makoto and Haru have a great life. They're happy in their careers and even happier in their marriage. However, they feel now is the time to grow their family and make it complete.

This is an absolutely adorable, fluffy story that melted my heart! RamenKitsune has written this story in a very realistic, but incredibly sweet way. It's still a work in progress, so I look forward to seeing what happens next for the Nanase-Tachibana family!

I ❤️ Yaoi: Hana to Junketsu by Katsura Komachi 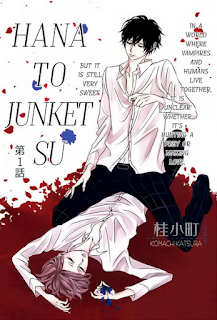 Hello yaoi lovers! This week's feature is Hana to Junketsu by Katsura Komachi!

In a world where vampires and humans co-exist, the line between "hunting prey" and "making love" has long since been blurred. But whatever you decide to call it, it's still very sweet...

I was very pleasantly surprised by this manga! The depth of emotion Katsura Komachi was able to convey through artwork and words was wonderful and I really enjoyed the main characters. They were both complex and didn't fall into the typical tropes that we've come to know in yaoi manga. Highly recommended! It's a new favorite for 2016 and I look forward to reading more from this mangaka!!

Also be sure to check out the extra one-shot that is separate from the main storyline. It is just as beautiful and poignant. Spartacus has a knack for taking in lost causes. It's how he's formed his group, his family really. Rebels and misfits that somehow find themselves stuck together by love and loyalty. It's a ragtag team, but they're bound by more than just affection. It's blood and salt and the strength that seems to burn along all over their spines.

I was pleasantly surprised by this one shot! It definitely has a The Fast & the Furious vibe to it, but also manages to stay true to the overarching Spartacus storyline with the rebels. The smart ass banter between Agron and Nasir will leave you laughing, and, as always, Duro's presence is a treat. Check it out!

Blog Tour: A New Life for Christmas by Liam Livings 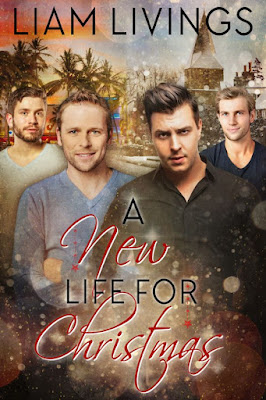 A house exchange between two single men leads to a romantic new life for both of them.

Oliver and Kyle live thousands of miles apart, but each needs a break from his current life and love. Enter the Cloud B&B website, a wonderful new way to exchange homes for the holiday. They both muster their courage, and decide to visit another continent for Christmas.

In the UK, Oliver has been pining after his neighbour for far too long, living his comfortable but quiet life in a town in the New Forest. When his crush moves on in the worst possible way, Oliver is seduced by the chance to stay in fun-loving, sunny Miami.

In Miami, Kyle is a club owning workaholic, who suddenly discovers the man he lives with has been unfaithful. Yet again. As consolation, Kyle is tempted to see first hand the picture book charm of the New Forest in winter.

Both of them find not just a new setting but a new romance. Oliver makes a big effort to shed his inhibitions and meets a musician, Mark, who plays in the Florida bars, and who may be just as cautious and polite as Oliver in making the first move.

And while Kyle’s trying to come to terms with England’s very different culture—and food!—he’s charmed by Oliver’s best friend Edward, who’s bold and sexy, but secretive.

Will Oliver take the leap of faith and encourage a lover who can and will give the commitment he deserves? And will Kyle find a man who can be loyal and also offer Kyle the family life he needs?

But perhaps more importantly—when Christmas is over, can a new life survive? 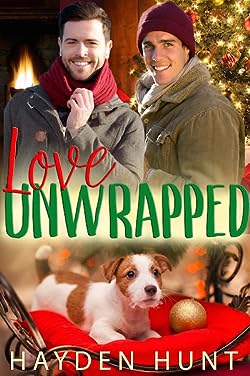 When Eli's jerk of a boyfriend breaks up with him out of the blue, he's not sad; he's pissed. They were supposed to move in together, but now those plans are ruined. Eli planned on going to the local animal shelter and adopting a dog for his ex, but after all the chaos, he decides to keep his appointment and at least look at the dogs. While there he meets Gene, one of the workers at the shelter, with whom he has instant chemistry. Is it too soon for Eli to have feelings for another man after just breaking up with his long-term boyfriend?

While this was a pretty sweet story, I think Gene's insecurities and plot cliches kept the book from being great. It really made it difficult for me to root for this couple when they fell into the typical relationship traps that could be easily solved with simple communication. The book isn't extremely angsty, but it definitely has its moments. That's why I felt the addition of Gene's insecurities seemed unnecessary and frustrating.

All in all, this is a nice, Christmas-themed book, but I would recommend checking out some of the author's earlier books, like Pumpkin Spice and Everything Nice or Very Late Blooming, instead.

Room For One More by glitterbb

Room For One More by glitterbb

Oliver and Connor are celebrating the holidays with family when Oliver gives him one of the best gifts he could ever receive.

This is one of those feel-good reads that everyone loves during the holidays. It will definitely warm your heart and bring a HUGE smile to your face! Good morning yaoi lovers! This week's feature is not exactly yaoi, but is very cute! It's the Free! doujinshi Neko Haru Inu Mako by Hac.

While walking home after school, Makoto stumbles upon a box containing two adorable creatures who need a good home. After revealing his find to Haru, Haru decides he will take care of them and ensure they won't be separated. The two best friends soon see that the two little friends aren't much different than they were when they were children.

This is a delightful and adorable quick read! I felt my heart melting every time I looked at little Haru and little Mako. They were so cute! If you're a fan of Makoto and Haru, you will absolutely love this dj! Check it out!

How Agron Fell in Love with Soccer by SubtextEquals How Agron Fell in Love with Soccer by SubtextEquals

When two rival schools are merged into one due to lack of funding, Agron is both enchanted and annoyed by a new student who has caught the attention of team captain, Spartacus. Will he be able to gain the new kid's attention without sticking his foot in his mouth first?

This is a really cute modern au! I have a soft spot for stories that feature Nagron in a school setting, so this one was definitely right up my alley. All of the Sparty crew was implemented well into the storyline, and there is plenty of tension between our beloved MCs. SubtextEquals wrote everything very true-to-life, which I appreciated! Give this story a shot! I know you'll enjoy it! 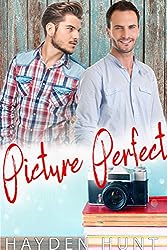 After leaving a loveless marriage, Rich decides to come out of the closet and live life for himself instead of society. His first step is taking photography courses at the local college to make his hobby a real career.  He is less than enthused about his loud and obnoxious classmate.

Patrick's life is a mess of drama. His parents are divorcing and his mother treats him like a sounding board for bad mouthing his father. He's had it up to here, but can't seem completely ignore her calls because she's his mom. When he meets his handsome, mature classmate, Patrick thinks there may be a little light at the end of the tunnel.

This was a different read for me. I've enjoyed many of Hayden Hunt's books, but I couldn't become fully invested because the characters were unlikable to me.
This isn't my favorite Hayden Hunt book, but I still look forward to reading more from this author!

"'It's the most wonderful time of the year" and I LOVE it! There's something special about Christmas stories and as you can see, I also love writing them :)"

In no particular order here they are: