Catharsis (Having It Out) by Aria_Lerendeair

Catharsis (Having It Out) by Aria_Lerendeair

After their beautiful wedding and honeymoon, Magnus and Alec return home to start their lives together. However, there is a very important conversation they need to have before they can move forward. It's going to hurt, but it's necessary for the success of their relationship.

This is a beautiful story that I believe will be greatly appreciated by fans. Magnus and Alec sit down and actually talk about everything. Not only is the process cathartic for the two main characters, but also for the readers. There are certainly heartbreaking moments in this story, but always keep in mind that Magnus and Alec love each other immensely and are married and embarking on a new life. You won't be disappointed in this wonderful story of love, healing and forgiveness. 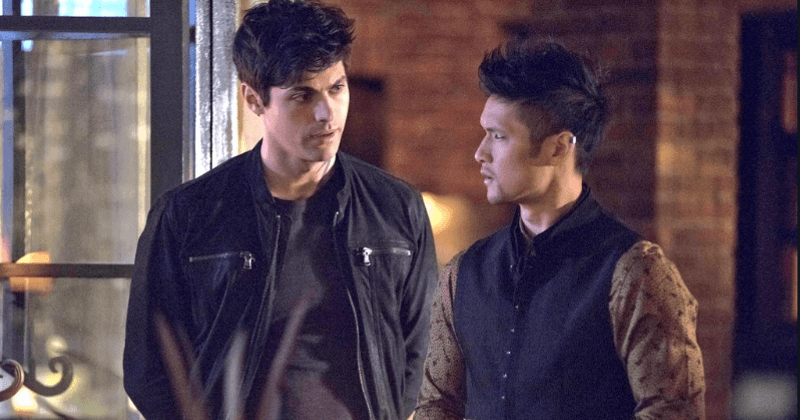 Magnus is set to walk down the aisle, but there's one little problem. He's still married to his childhood sweetheart. Determined to get his affairs in order before he says "I do," Magnus returns to his small hometown in hopes of getting his husband to sign the divorce papers.

As some of you may have recognized, this fanfic is inspired by the movie Sweet Home Alabama. I've only watched the film once, so I look forward to seeing how the author can weave our favorite Shadowhunters characters into the storyline. So far, I'm really enjoying the read! Check it out for yourselves!

Book Review: Puzzle Me This by Eli Easton 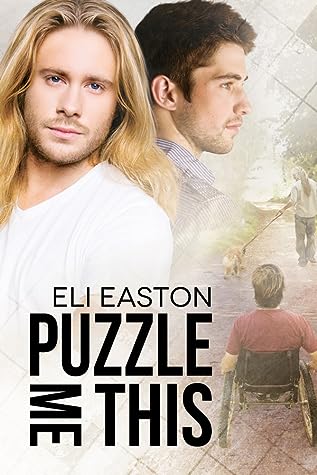 Luke Shumaker begins receiving cryptic messages in the local newspaper's daily crossword puzzle that seem eerily aimed at him. Alex Shaw, a crossword puzzle writer, has had a crush on the game designer, and fellow neighbor, for a while and figures the messages would be an interesting and different way to get his attention. When the men finally meet, there is instant chemistry, but there is also one glaring obstacle: Alex is confined to a wheelchair.
I thought this story was sweet and relatively uncomplicated. The chemistry between the MCs was great and I really enjoyed their humorous banter. I did feel that the requisite conflict/misunderstanding was little cliche, but the author didn't drag it out forever. Unfortunately, the ending came rather abruptly and left me wanting more to help tie things up completely.
Like many of Andrew Grey's books, I appreciated that Eli Easton incorporated towns and locations with which I'm familiar in rural Pennsylvania. It's always nice to read about these places in fiction and know that I can relate in some fashion.

SIGNS of Love by QueenyClairey 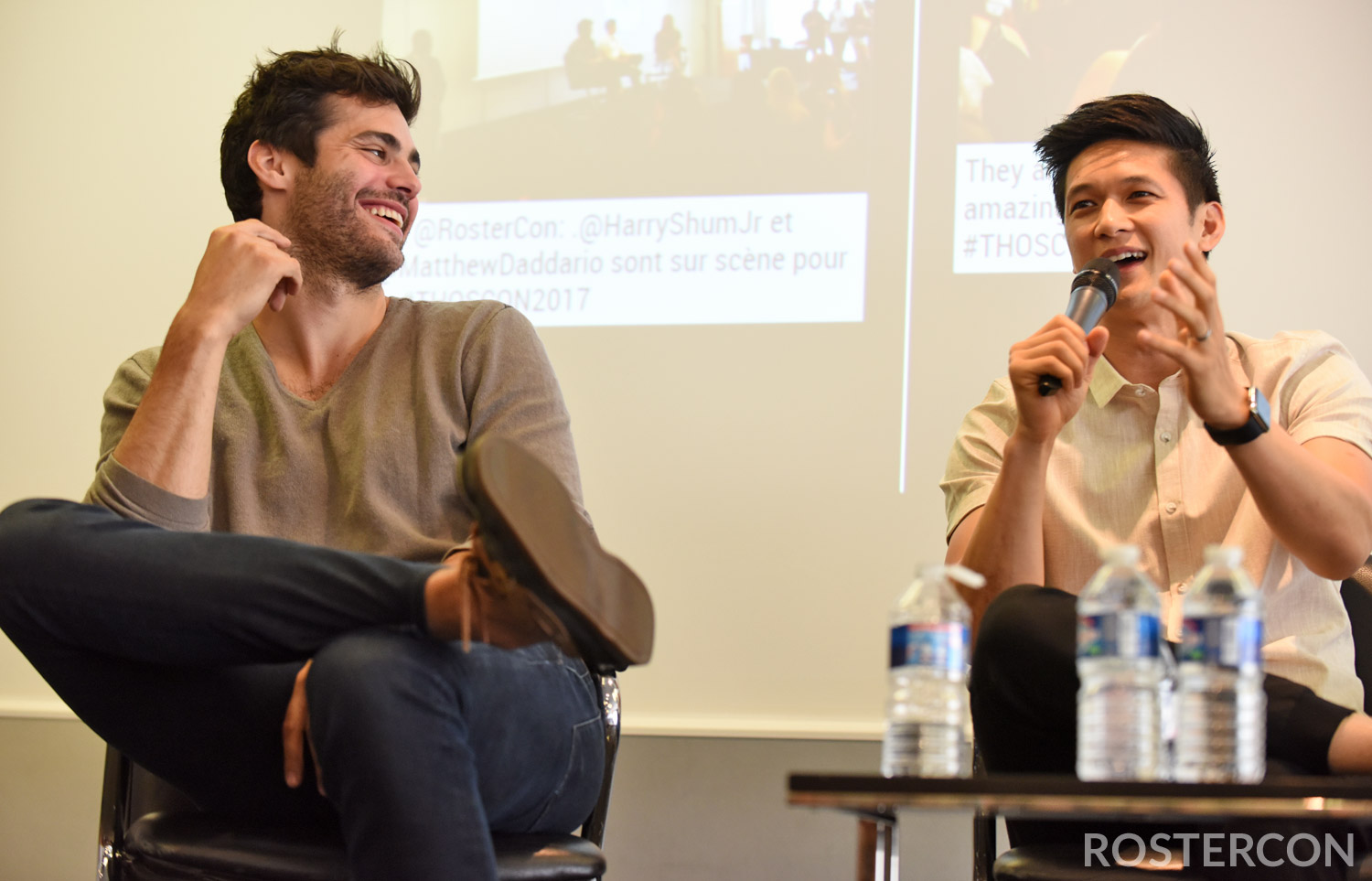 SIGNS of Love by QueenyClairey

Magnus takes his son to a convention for his absolute favorite TV show so that he can meet his all-time favorite actress. When Magnus is unexpectedly asked onto the stage, he not only helps people in the audience understand the panel through his interpreting, but he also has the opportunity to get a much closer look at the actor he definitely does not have a crush on, Alec Lightwood! 😏

There are stories out there that just make you feel warm and happy and this is definitely one of them! It's still in its early stages, but if the first two chapters are anything to go by, we're all in for a great treat! QueenyClairey was inspired to write this story after seeing all of the fun that was had at the Shadowhunters conventions this summer. We all know that Shadowhunters did an excellent job when it came to representation and the author portrays another community that is still often overlooked in a thoughtful and respectful way. #RepresentationMatters

Definitely check this one out! I highly recommend it!

The course of true love runs through every neighborhood….

Only one thing stands between Gregory MacPherson II and his dream revitalization project for the gritty neighborhood of Ball’s End: a rinky-dink, run-down used bookstore called Hailey’s Comic. But when master negotiator Mac shows up to make a deal with the owner, he comes face-to-face with quirky, colorful Hailey—unexpectedly good-humored about Mac’s attempted eviction and, also unexpectedly, a hot guy.

Hailey won’t give up his lease, no matter how much money Mac offers. When it comes to consummating their mutual attraction, though, he’s a lot more flexible. Soon Mac has as hard a time prying himself out of Hailey’s bed as he does prying Hailey out of the building. But Hailey doubts Mac’s plans serve Ball’s End’s best interests, and he insists Mac give him a chance to prove his case. If they’re going to build a happy ever after, one of them will have to be remade….

Blog Tour: Would it Be Okay to Love You? by Amy Tasukada

A voice actor out of the closet. A boyfriend in the tabloids. Can their love survive the trappings of fame?

Aoi is more comfortable in the recording studio than in the limelight. But when his boyfriend persuades him to come out on national TV, he skyrockets from D-list adult voice actor to gay icon. Caught in a whirlwind of fame, Aoi worries the wear and tear will be too much for his vocal cords—and his heartstrings—to handle. 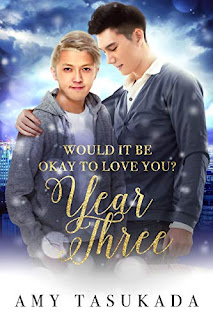 Sato is a diehard fan of geek culture and his dreamy boyfriend. So when Aoi’s newfound star power gives him a chance to voice a favorite anime character, Sato’s over the moon. But after doctors diagnose Aoi with a career-threatening throat condition, Sato doesn’t know which is worse—the relentless rumor mill or his crushing guilt for pushing the man he loves to the brink of ruin.

In the midst of a media frenzy and medical emergencies, can Aoi and Sato’s love survive, or will it be silenced forever?

Year Three is a heartwarming gay romance with a unique Japanese setting. If you like steamy chemistry, Japanese anime culture, and emotional journeys of overcoming the odds, then you'll adore Amy Tasukada’s pitch-perfect slice-of-life anthology collection.