Blurb
When high school student James has trouble with his truck, Dylan, who is studying to be a mechanic, comes to the rescue. James thinks he hides his immediate attraction well, but is happy to be wrong when Dylan asks for his number. Since James is new to romance, they take things slowly, and because Dylan is in college, James keeps the budding relationship secret from his overprotective dad.

Across town, Mark, a teacher and single father to James and his sister, Frankie, meets Steve at a bar for what both believe will be a quick hookup. Mark doesn’t see any reason to tell his kids about Steve or press Steve for details about Steve’s adopted son…. It’s just sex between them. Isn’t it?

Two very different love stories grow side by side, each hidden from the other. But all of that changes at a family barbecue, when Mark decides it’s time for his kids to meet Steve and for him to meet James’s boyfriend, who none of them realize is Steve’s son, Dylan. The inevitable explosion means the two couples have some explaining to do to soothe the hurt feelings of their families—and lovers.

Weight of Lives by Fanatic_weirdo

Weight of Lives by Fanatic_weirdo

When Magnus is unable to save a warlock, he is devastated and feels like a failure. These things aren't supposed to happen on his watch, and Magnus soon finds himself falling into a dark abyss of a self-loathing and doubt. Alec does his best to support his husband, but when another emergency arises involving warlock, Magnus refuses to fail again.

Although the subject matter is pretty heavy, this is a beautiful story. Not only do we see the immense love Magnus and Alec have for one other, but we also see how deeply committed Magnus is to his people. This is not a story you want to skip over. Highly recommended!

P.S. Don't forget to tune in tonight for the 3B premiere of Shadowhunters!

After a recent redundancy, Joe takes a few months off to try and make it as a writer. His partner, Harry, is less than supportive but Joe is used to that after ten years together, just like he’s used to Harry’s controlling nature and his drinking habit. 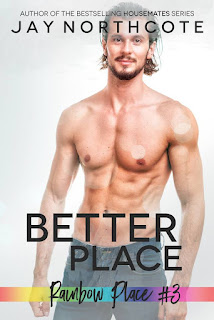 Dylan, a server at Rainbow Place, is fascinated by Joe as he sits in the café and works on his laptop. His attempts to flirt are met with awkwardness at first, but gradually Joe opens up. Dylan is disappointed when he learns Joe isn’t single. As their friendship develops he begins to worry about the nature of Joe’s relationship, especially when he witnesses Harry’s behaviour in person. Abuse isn’t always physical, and Dylan knows that from experience. His concern helps Joe see his relationship for what it is, and gives him the courage to end things with Harry.

Free to act on their mutual attraction, Joe and Dylan dive headlong into something that becomes serious fast. Joe revels in the passion and intimacy he’s been missing out on for so long, but Dylan is worried that Joe is on the rebound. He puts on the brakes, knowing that they need to slow down to make this last. For this new relationship to work, Joe needs to show Dylan that he’s ready to move on from the past.

Although this book is part of a series, it can be read as a standalone and has a satisfying happy ending.

My Clumsy Darling by Malec_LB777 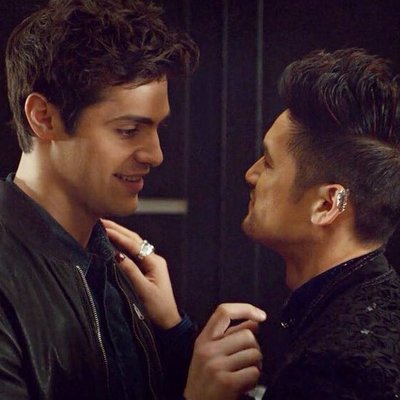 My Clumsy Darling by Malec_LB777

Magnus and Alec meet when they are children. Alec had tripped and fallen and Magnus helped him up. The two boys became fast friends and that friendship lasted well into adulthood. Now, many years later, Alec and Magnus are taking a new and wonderful step in their relationship.

This short one shot was a true joy to read and shows the magnitude of Alec and Magnus' special bond. If you're looking for something short, to the point and so sweet your heart will melt into goo, this is the story for you!

It’s a novel with a sequel.
The first 43 chapters form Darkness Dawns; it concludes on a HFN and the sequel completes the novel. I've written both, but thought it best to split it, or it would be over 140 000 words long.

Darkness Dawns is a love story. It also tells the tale of one man’s war with himself, brought onto the battlefield of his blindness. Leo Ferrar suffers from diabetic retinopathy and lost his sight two years ago. Unable to bear the scrutiny of strangers or the impact of his blindness on those he loves, Leo has determined on shutting the world out ever since. This is the man Ben meets on his first day at work as Mr Ferrar’s care assistant.

A former heroin addict, Ben was sentenced to six months community service as punishment for his crimes by a judge entitled to condemn him to a seven-year stretch. Far too charming for his own welfare, Ben proves unaccountably brilliant at ‘bulldozing the blind’.

When fate sees fit to dispatch Ben to the home of the man he has dubbed Mr Ferrarcious;it is with the words of the last five unfortunates who’d dared darken Leo’s doorway ringing in his ears. A door that is opened by a man who might be Lord Byron himself. Drop dead gorgeous and as hot as hell, Leo Ferrar hasthemost beautiful eyes Ben has ever seen.

Never has an irony seemed so cruel. Nor fate so fortuitous.