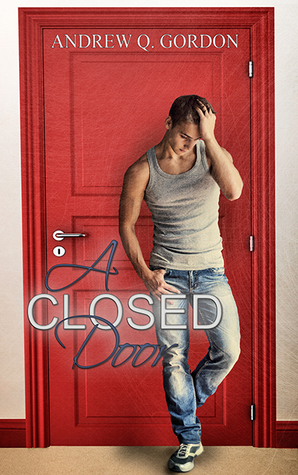 A horrible tragedy brings Orin Merritt back to his hometown in order to settle the affairs of his parents. Not only must Orin deal with his grief, but he also had to face the town that brings back bad memories of bullying and abuse by his fellow classmates. When his former best friend, Thomas Kennett, reappears and tries to atone for his mistakes of the past, Orin is suspicious. He just wants to get things in order and move on his life, but Thomas and memories better times, make it harder and harder.

I really enjoyed the emotion Andrew Q. Gordon poured into his characters. The pain and loss Orin experienced and the suffocating guilt from Thomas were palpable. So often I wondered if there could be any sort of resolution between the MCs because there was just so much pain, shame and regret in their pasts.

A couple of times throughout the novella I thought I'd missed some important information. One minute Orin and Thomas are talking about meeting up for a friendly meal and then a couple pages later, discussions about being more than friends arise. I had to go back to make sure I hadn't accidentally skipped a few pages. Because of that, I felt that the progression of the relationship seemed unfinished because readers missed out on integral moments.

Overall, I thought this was an interesting, emotionally-charged novella.