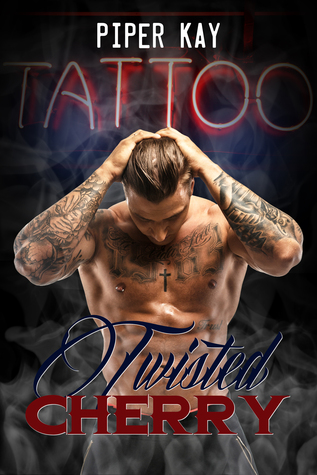 Evan has known he's gay for a while now, but he chooses to hide his sexuality out of fear that his friends will turn their backs on him. He lives a life that he doesn't enjoy, but at the same time is curious to know what it's like to actually be with a man. In an effort to quell those feelings, Evan gets tattoos and relishes in the feeling of the needle penetrating his flesh.

When Evan finds himself uncontrollably attracted to his tattoo artist, the feelings he only thought were fantasy may finally become reality.

The idea of hot, tattooed men is obviously very appealing. However, I had problems with this book. This is a pretty fast read, I felt like the writing style was stilted and almost jarring. The characters weren't as developed as they could have been, and some of the situations not only seemed unhygienic for a tattoo artist, but also unprofessional.

This isn't a favorite, but it isn't horrible. I just wish that readers didn't have to suspend belief so much in order to move the plot forward.