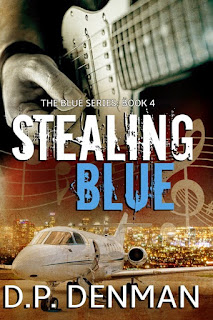 All is fair in love and war. Let the battle begin.

When a hot new rock star shows up in Vancouver, Blue’s career turns out to be more destructive than anyone imagined. His first shot at producing traps him between a kid who wants him and the boyfriend who blames him.

The artist’s desperate antics crank up Brady’s jealousy and drive Blue out of both their lives into new opportunities and the arms of a new man. With the battle for Blue’s affection on, can Brady bring him home or will Blue’s new life in LA keep him out of reach? 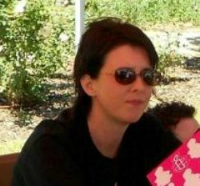 Award winning author DP Denman writes character-driven contemporary romance about gay men. Her stories are real and intense, but resolve in endings that make people want to read the book all over again. She lives among the moss and trees of the Pacific Northwest with a rambunctious pair of fur babies.

In her spare time, she is a dedicated LGBTQIA rights activist with a special focus on the thousands of rejected and abandoned kids who end up on the street every year. To support the cause, 25% of the royalties from every book go to LGBT charities.