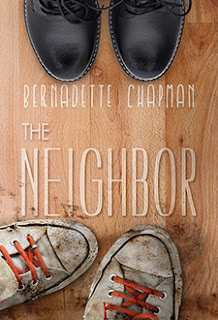 Anders likes his life the way it is: quiet, ordered, neat. If that gets him called antisocial, well, it also gets him left alone and that's the way he likes it.

Then a new neighbor, Finch, moves in and he is everything Anders hates. He's nosy, over-friendly, and doesn't know when to quit. He's also cute and infuriatingly charismatic. Which is the only possible explanation for the way Anders keeps putting up with Finch and his crazy ideas, like training for a wife-carrying contest, instead of telling him to go away once and for all the way he should.

This was a tough read for me because I thought the original premise of opposites attract would be interesting, especially when one of the leads, Anders, has OCD and likes to have rigid routine in his life. Finch's purpose was to open Anders' eyes and broaden his horizons, but I so often felt that Finch was just a jerk. He was mean, condescending and immature when he was first introduced and I honestly didn't know why Anders even gave him the time of day. Then the two men do eventually grow on each other and fall in love. This seemed difficult for me to believe because of how they were introduced in the first place. I fully believe Anders would have shut the door in Finch's face the first time they met and then subsequently called the police when he continued to return.

If you're looking for a relatively uncomplicated read, you might like this book, but Finch was just so unlikable to me that his first impression ruined him in my eyes for the rest of the book.

This book was provided by the publisher, via Netgalley, in exchange for an honest review.