I ❤ Yaoi: Let's Eat Together by Hakutou Noriko 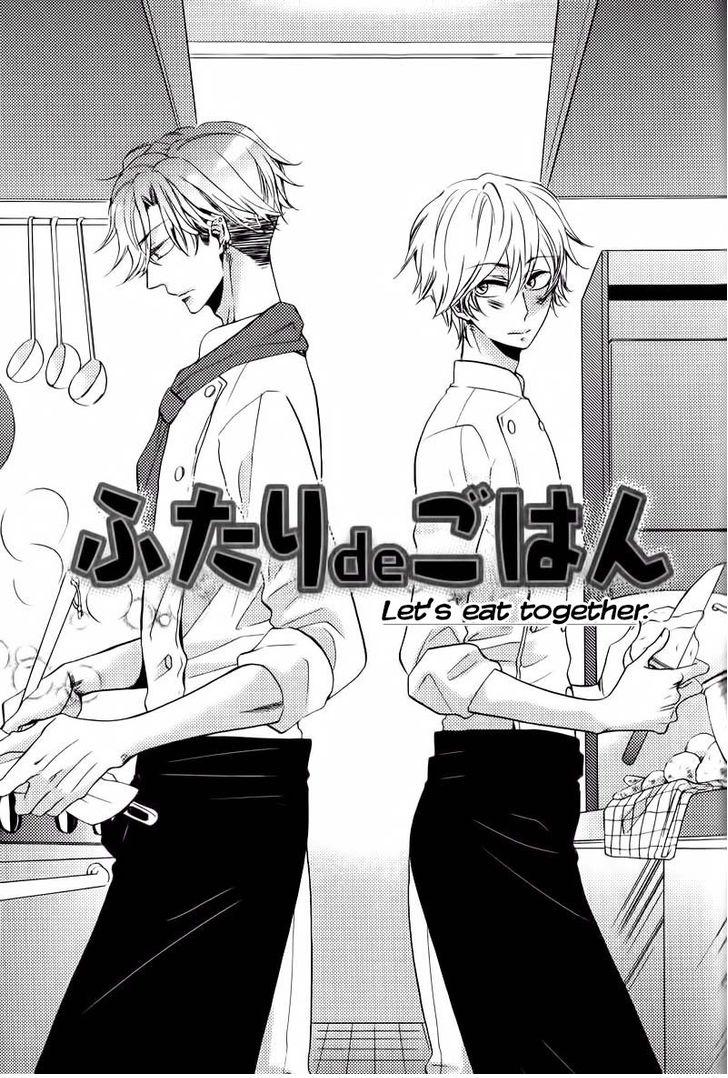 While in high school, Sonoda and Matsumoto had a brief relationship. When his classmates questioned Sonoda about the relationship, he denied everything, effectively hurting and alienating his boyfriend. Now, many years later, Sonoda finds himself in a troubling situation. Matsumoto is his new roommate!

This is a pretty cute story. I thoroughly enjoyed the culinary aspect, but I also felt there were a lot of holes in the story. I wish we could have learned more about Sonoda and Matsumoto's relationship in high school and what happened after Sonoda effectively ruined everything between them. I also felt things moved a little too fast, which often happens in one shots. If the story had been fleshed out more, this could have been a really great read.