In anticipation of the release of Lily Velden's latest book, The Race is On: Book 2 How the Light Gets In on August 9, 2013, Lily was kind enough to share her thoughts in a guest post.

My eldest son always sends me the most interesting quotes.

They are often challenging, divisive, and thought provoking. They make me really stop and think about what it is I truly believe and think.
Sometimes they make me uncomfortable.

Sometimes they shock me.

And sometimes, I downright rebel at their sagacity. 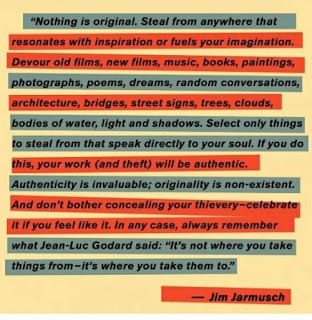 Like any creative soul, I’d like to believe the ideas, images, artworks etc., I create are truly unique and new. I don’t want to think I got the idea from somewhere, or someone else.

But the truth is we do.

Whether it was a glorious sunset over an exotic beach, a visit to a historic site, or a line we heard in a movie or read in a book, usually there was a “something” that sparked the flame in us that took “it” from a flicker to a flame to a raging inferno.

For me, with the How The Light Gets In series, that spark, that “something” was two lines from the Leonard Cohen song, Anthem. There’s a crack in everything. That’s how the light gets in.

Those words haunted me.

Those words inspired me.

They gave me something to hold on to.

They gave me the desire to create two characters who came to each other flawed and quirky and less than perfect. But just as two pieces of a jigsaw puzzle are missing “something” and yet together, are whole, so are Jaxon and Liam.

Is it a heightened reality?

I make no apology for that.

In fact, I glory in its romanticism.

Because I’ve had reality.

I’ve had smelly socks thrown on the floor instead of into the laundry hamper.

I’ve had being taken for granted.

I’ve had broken vows and my birthday forgotten.

I’ve had my husband fucking my best friend.

And you know what?

I’d prefer to be loved no matter what.

I’d prefer to adore and be adored.

I’d prefer a love that conquered all.

In the world around me, everywhere I look, I see how people got it wrong. In my fiction reading, sometimes it’s nice to read about two people who got it right!

It gives me hope.

Hey, Shakespeare is with me on this one – no one criticizes him for having two teenagers killing themselves for love!

So what am I saying?

With The Race is On, I’d just like to take my readers to a happy place.

THE RACE IS ON: BOOK 2 HOW THE LIGHT GETS IN

Hollywood heartthrob Jaxon Moncrieff and Liam Lassiter are finally on the same page: committed and in it for the long haul. Now they just have to prepare for the inevitable fallout when they reveal their relationship. Between Jaxon’s career and Liam’s need to prepare for a life in the limelight, they decide to wait until filming of Jaxon’s latest project has wrapped.

Unbeknownst to them, the relentless paparazzi photographer Rafael Cacciatore, aka the Hunter, notices a change in Jaxon and is determined to be the first to break the story of who has captured Jaxon Moncrieff’s heart. In the meantime, Liam and Jaxon have enough on their plate working out the not-so-little issue of how and when Jaxon will come out to his family. The paparazzi aren’t even on their radar. The race to out Jaxon is on, and Liam and Jaxon don’t even know it.